As long as I only wrote for other Finns, there was no particular reason for me to identify myself as a Finnish writer. As a matter of fact, if anything, I propably saw myself as a non-typical Finnish writer because I have always loved horror, fantasy and science fiction and, more than anything else, the combination of realism and elements of different genres, and Finland has a long and still very strong tradition of literary realism – and that’s why writers like me have been somewhat outsiders in the field of Finnish literature – until these days, because times they’re changing… at least little by little. In 2000, Johanna Sinisalo’s first novel Not Before the Sundown won the Finlandia Prize, and this was the first (and so far the last) time a sci-fi or fantasy novel has gained that much recognition in Finland. To be more precise, Not Before the Sundown isn’t a pure scifi or fantasy novel but a mixture of realism and fantasy and thus more literary fiction with a flavour of fantasy than a genre novel. Anyway, this can be seen as a beginning of the rise of non-realistic literature in Finland.

There are many different names for this kind of literature: magical realism, new weird, Finnish weird (or ”Suomikumma” – a term coined by Johanna Sinisalo), reaalifantasia (this term is coined by me)… There has been many debates about these terms over last years, but it’s important to understand that us writers (of reaalifantasia) do not see reaalifantasia as a new genre but as a liberating way to write ambitious novels without any genre boundaries.  At least this is what it means to me: freedom to write literature using all of those elements that have been used in world literature since the first story ever was told.

As I said, this is not very Finnish way to do it. Not traditionally (except for Kalevala, our national epic which happens to be full of fantastical events). When it comes to the traditon of Finnish literature, us writers are supposed to write about Finnish Winter War, Continuation War, drinking too much Koskenkorva booze and becoming marginalized and shooting down one’s family… And then there is humour. Finnish readers love humoristic books. They even forgive fantastical elements of novels if they are used humoristically, as very popular Finnish writer Arto Paasilinna does. But if you want to write a serious book about Finnish reality and you use fantasy elements when doing it, you may be in trouble because most of the Finnish readers (and book buyers) are not ready for it. Not yet. (But as I mentioned, the times are changing. Year by year there are more writers like me – or like us (Johanna Sinisalo, Maarit Verronen, Tiina Raevaara, Juha-Pekka Koskinen, Anne Leinonen, just to name a few)- and more of those readers who like to have their books with a fantasy flavour.) 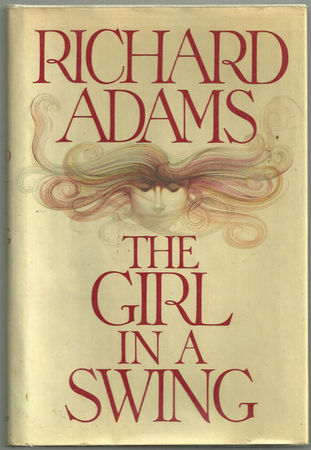 I suppose my foreign readers, however, consider my books (or my book, because so far only my first novel The Rabbit Back Literature Society has been translated into English) to be quite Finnish. And that’s okay. After all, I have lived in Finland all my life, surrounded by the Finnish culture. But I must say that I didn’t read much Finnish literature until I began to study it in university of Jyvaskyla at the age of 28. Before that, I read mainly British and American literature and to some extent Latin American and German literature: Graham Greene, Kurt Vonnegut (he is one of my all-time favourites!), Ray Bradbury, Peter Straub, Ira Levin, Arthur C. Clarke, Anne Rice, Isabel Allende, Arthur Conan Doyle, Stephen King, Clive Barker, Thomas Mann, John Updike, John Irving. Richard Adams, Philip Pullman, Robert Holdstock, H. P. Lovecraft… I would add Neil Gaiman to this list, because I find him to be some kind of kindred spirit of mine, but I didn’t find his novels and short stories until I had already published my first own stories.

So, I don’t know about being purely a Finnish writer – after all I grew up reading British and American literature. And television – more than anything I loved tv series like Sapphire & Steel (oh how I adored Joanna Lumley!), Star Trek, Twilight Zone, Six Billion Dollar Man…  I guess my imagination is some kind of love child of Finnish mentality and the cultural influence of the English-speaking world.

P.S. Also the French cinema had a great influence on my development as a storyteller. In my teens I loved Truffaut, especially Jules and Jim and I guess Truffaut is the reason why there almost always is complicated and a somewhat twisted love stories in my works.

Here’s a bulletin from my agent: 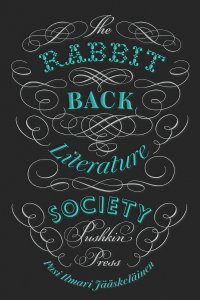 French publisher Éditions de L’Ogre is the latest member of The Rabbit Back Literature Society. After Pushkin Press from the UK, Aufbau Verlag from Germany, Adriano Salani from Italy, Duomo Ediciones from Spain, Paseka Publishers from Czech Republic and Versus Publishing House from Lithuania, Éditions de l’Ogre is the newest member to join The Rabbit Back Literature Society.

The acquiring publisher summarized the motivation to their offer like this: ”we love it!”

and we couldn’t agree more…

So, it seems now that my first novel (originally published in Finnish in 2006) has been sold to seven countries so far. I have been told more than a couple of times that I should consider blogging in English, too, because my audience is not solely Finnish anymore. I have had a Finnish blog since the beginning of my career as a published author but until last November I didn’t have a reason to blog in English. But I guess now I do. The Rabbit Back Literature Society was published in English two months ago, by Pushkin Press, and there has been quite many very nice book reviews of it in different British newspapers, magazines and websites. My book has found its audience, and it seems like I’m gaining more international readers every day – maybe it really is time for me to forget my doubts and start blogging in English…

It’s obvious that English isn’t my native langue and I don’t feel completely comfortable using it this way. Finnish is my guitar and when using it I’m like Jimi Hendrix. On the other hand English is for me like a bagpipe in the hands of a rabbit when I try to express my thoughts with accuracy and precision. I promise my books are better than my writings in this blog; luckily I didn’t have to translate The Rabbit Back Literature Society myself but Lola Rogers did it – and she did an excellent job, as you can see yourself if you take a look at the book.

You may ask what is going to happen in this blog. Well, I’m going to tell things about myself, about my books and about my work as a writer, hoping that my not-so-perfect English won’t matter too much and this blog will gain readers and serve as a way for me to stay in touch with my international readers…

It goes without saying that I welcome your comments, and if you wish to ask something from me, don’t hesitate to do so.

P.S. The title of this blog is A Writer Who Stole from Morpheus because I get most of the ideas for my stories from my dreams. Since I was a child I’ve had strange dreams about malicious runaway trains, vampires, secret passageways, witches raising the dead from their graves, ghosts, magic and things like that. I don’t actually write fantasy or science fiction, but I love to use elements from different genres like fantasy, horror, sci-fi, detective stories etc. and mix them with somewhat realistic literary fiction in order to tell as good and compelling stories as possible and also reach for the deeper insights about life and humanity. I get bored very easily – it’s way too easy for me to stop reading any book if it happens – and my ambitious goal is not to let my reader to get bored while I’m trying to make her or him think all kinds of deep thoughts…